Northwest Harris County Municipal Utility District No. 23 (the “District”), a political subdivision of the State of Texas, is located in Harris County, Texas. The District was created by order of the Texas Water Commission, predecessor to the Texas Commission on Environmental Quality (the “TCEQ”) on July 3, 1979, and operates pursuant to Chapters 49 and 54 of the Texas Water Code, as amended. The District consists of approximately 459 acres of land.

The District is located approximately 16 miles northwest of the central downtown business district of the City of Houston and approximately five miles west of the intersection of Farm-to-Market 1960 and Interstate Highway 45. The District is southeast of the intersection of Bammel-North Houston Road and Veterans Memorial Drive. The District lies wholly within the boundaries of the Spring Independent School District and is within the exclusive extraterritorial jurisdiction of the City of Houston.

Construction of taxable improvements in the District began in 1979. The District has been developed as the residential subdivisions of Sableridge, Section One, a portion of Sableridge, Section Two (remainder in neighboring Northwest Harris County Municipal Utility District No. 22), Sablechase, Sections One, Two, Three and Four, and Silver Springs, Section 1 and 2 (collectively, 1,173 lots and 154 duplex units on
approximately 231 acres) for a total of 1,327 lots and duplexes. As of May 9, 2018, the District contained 1,178 completed and occupied homes (including 154 duplex units), 23 completed and unoccupied homes and 126 vacant developed lots for a total of 1,327 homes and duplexes. Based on the 2017 tax roll, the average home value in the District is approximately $100,782. 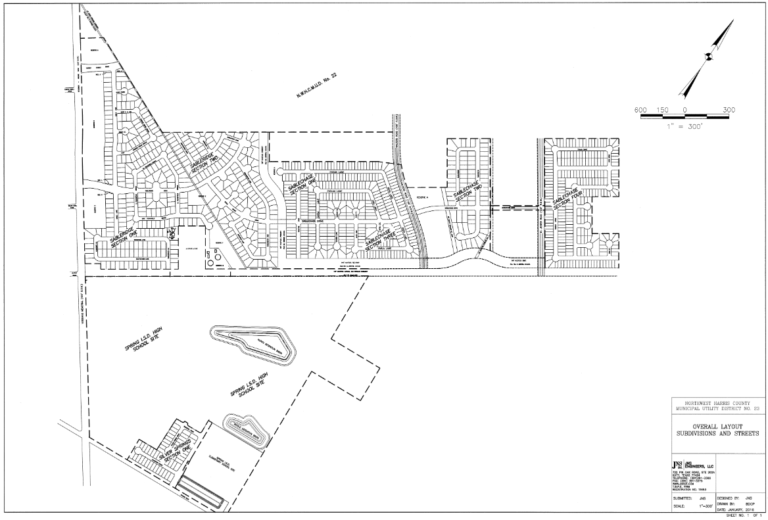 The Board generally meets on the second Wednesday of each month at 1155 Dairy Ashford Road, Suite 875, Houston, Texas 77079.

For persons with questions or needing help regarding website accessibility, or to request the provided information in alternative formats, please call (713) 864-5466.